Each year, Cottonwood Heights sponsors a Musical production which start rehearsals in early spring and performs seven shows during the summer.

The production is presented at the Cottonwood Heights Theatre inside Butler Middle School, located at 7530 S. 2700 E.

The theatre itself has state-of-the-art lighting, sound, graphics and with a seating capacity of 1100 people.
Join us each year to enjoy the brilliance of the performing arts.

Auditions have been postponed until further notice.  Please check back for updates. 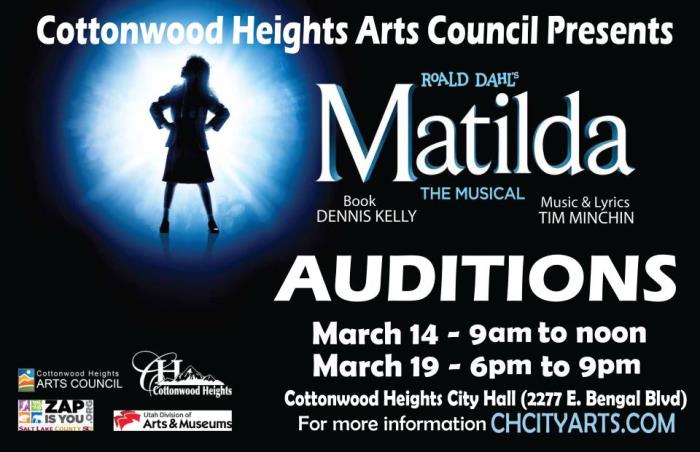 “Inspired by the twisted genius of Roald Dahl, the Tony Award-winning Roald Dahl's Matilda The Musical is the captivating masterpiece from the Royal Shakespeare Company that revels in the anarchy of childhood, the power of imagination and the inspiring story of a girl who dreams of a better life. With book by Dennis Kelly and original songs by Tim Minchin, Matilda has won 47 international awards and continues to thrill sold-out audiences of all ages around the world.” -MTI

Join Cottonwood Heights as we follow the story of the astonishing little girl and her extraordinary journey of life, school and the courage to be kind and clever.

For convenience we are offering signup audition times online, however you do not have to sign up online to audition . Those that signup will go first.   Click here to signup for a time.

Please come prepared with the following items
1. Ready to sing 16-32 bars of a Broadway show tune (preferably in the style of the show).   Please bring track or sheet music.
2. A photo (doesn't have to be an "official" head-shot).
3. Resume
4. Application - Available online or at the auditions

Callbacks will be held Saturday, March 21st 9-3 pm.  By invitation of the Director.

Matilda Wormwood
An imaginative girl who is clever and wise far beyond her years.
Gender: female
Age: 6 to 10

Miss Agatha Trunchbull
The tyrannical headmistress at Matilda's school who despises children.
Gender: any
Age: 35 to 55

Miss Honey
Matilda's kindhearted teacher. She is tired of living in fear under Miss Trunchbull.
Gender: female
Age: 25 to 40

Michael Wormwood
Matilda's older brother. He is not very bright and favored by their parents.
Gender: male
Age: 10 to 15

Bruce
Matilda's classmate. He is subject to extreme punishment by Miss Trunchbull.
Gender: male
Age: 7 to 14

The Escapologist
A character in a story Matilda tells Mrs. Phelps who comes to life in their imagination.
Gender: male

The Acrobat
A character in a story Matilda tells to Mrs. Phelps who comes to life in their imagination.
Gender: female

Doctor
Mrs. Wormwood's Doctor when she goes into labor with Matilda.
Gender: male

Children’s Entertainer
A party entertainer at the start of the show.
Gender: male 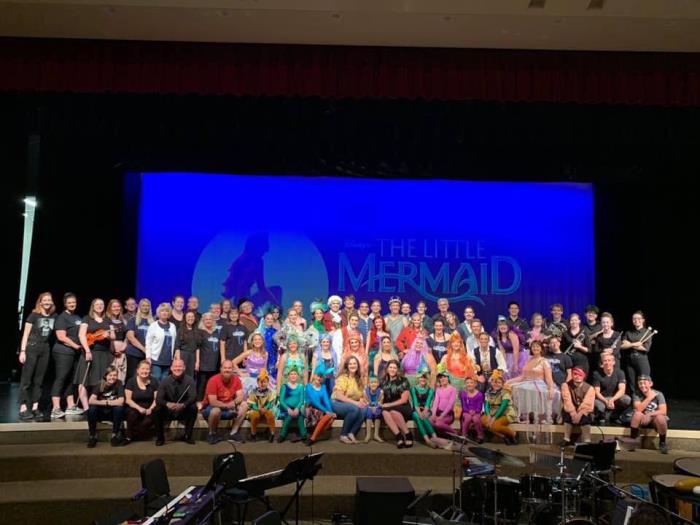 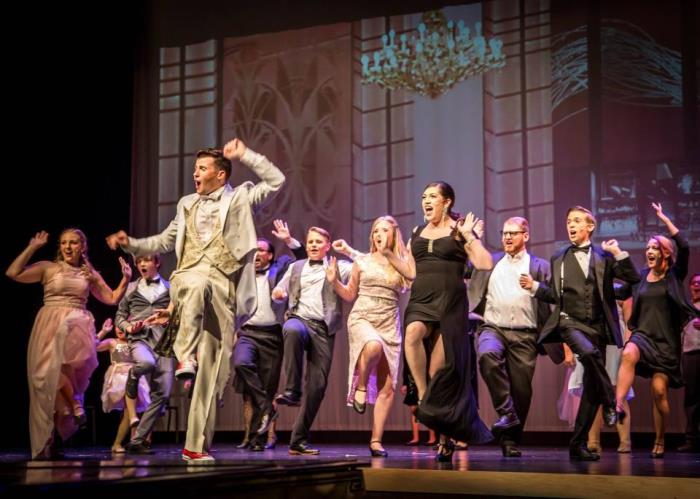 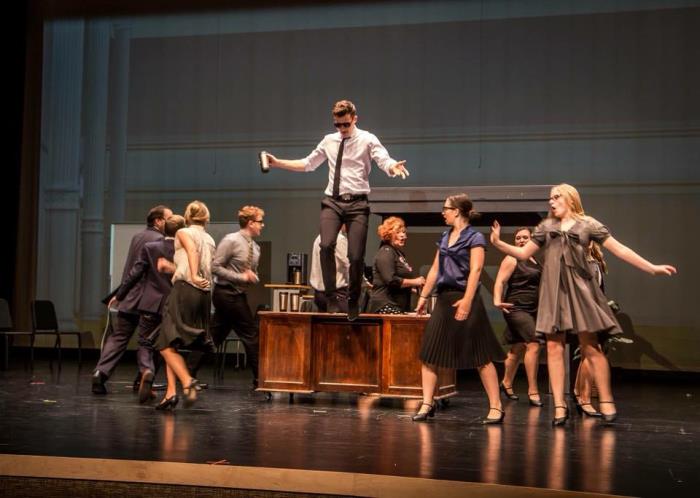 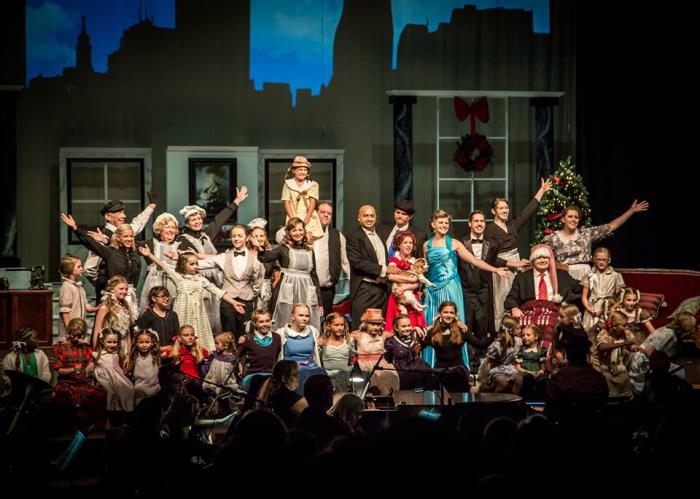 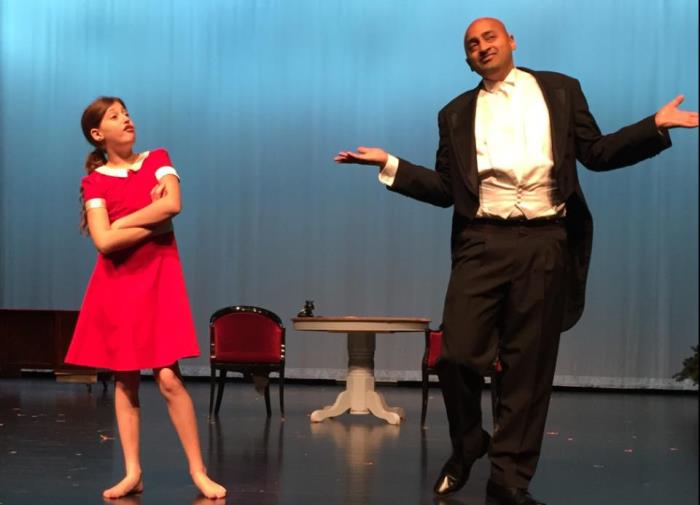 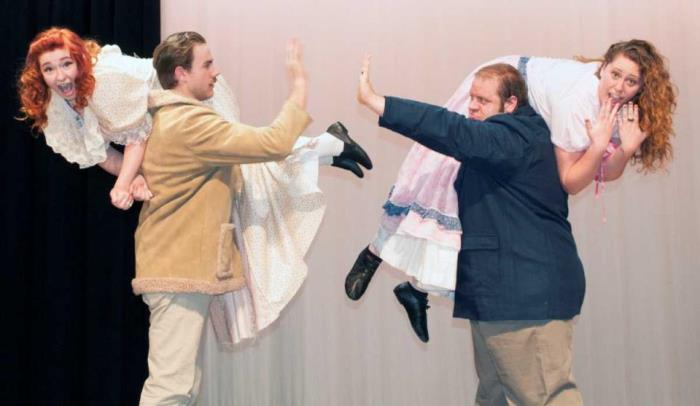 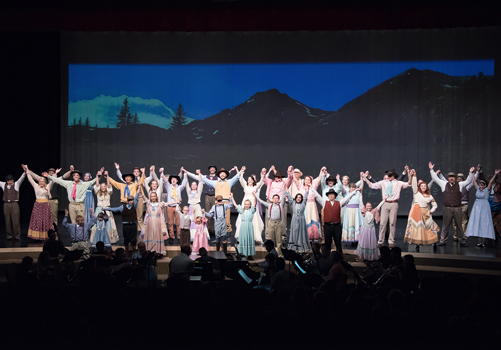 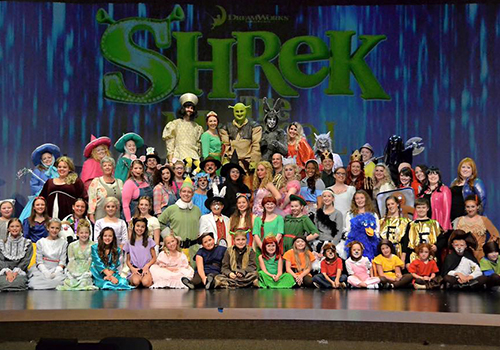 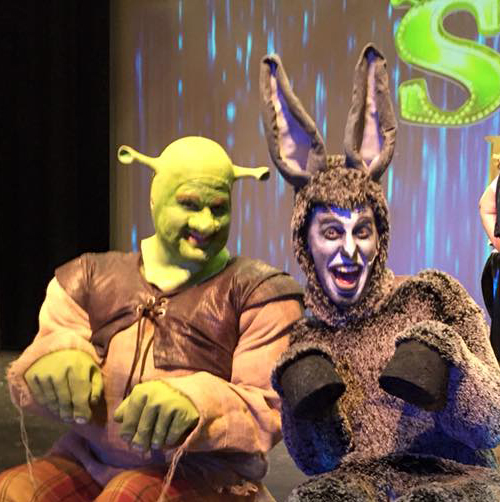 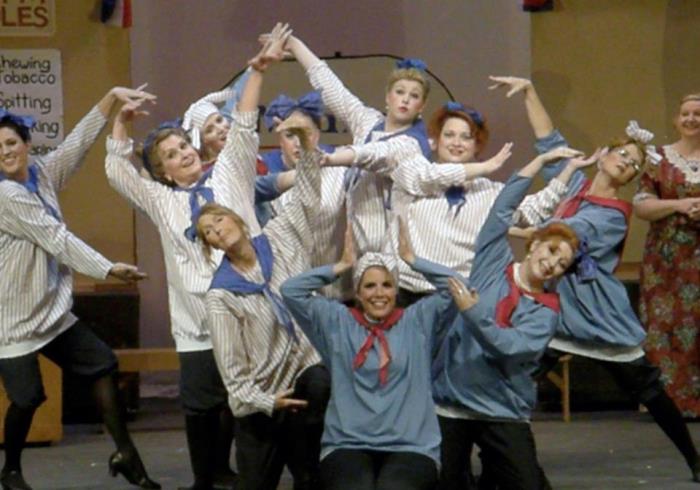